Surrogacy
How it works

Discover the possibility of having your own child with the
help of Surrogate Mothers, Inc., one of the world’s most
reputable and trusted full-service surrogacy programs.

Discover the possibility of having your own child with the help of Surrogate Mothers, Inc., one of the world’s most reputable and trusted full-service surrogacy programs. 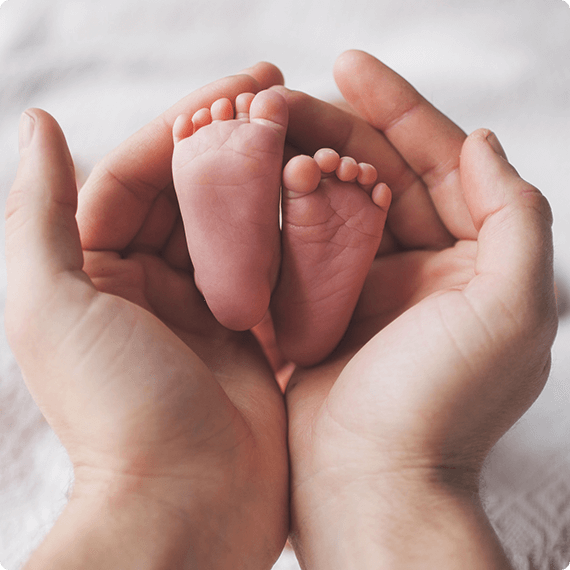 Surrogate Mothers Inc. is the world’s most reputable Surrogacy Agency for Almost 40 Years.

Surrogate Mothers, Inc. began in 1984. Steve Litz started SMI because of his own struggle with infertility. When he was a first-year student at the University of Virginia, he was diagnosed with Hodgkin’s Disease. Steve underwent radiation therapy, and found out his senior year that it might have affected his fertility.  He and his wife Stephanie were fortunate enough that, after trying to have children for 2 years, they conceived twins.  Steve knows firsthand what it is like to desperately want a child and not be able to have one.

Your Success Is Our
Top Priority 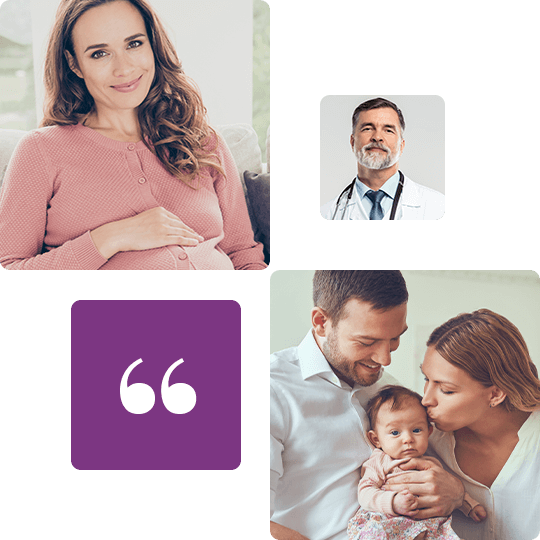 –Kathy, RichmondVA (twins born 2/15)
“We are thrilled beyond words. Surrogate Mothers, Inc. made our dreams come true, and our lives are forever changed because of you!”

–Miguel and Alicia, Barcelona Spain (son, born 2/92)
“I loved being a surrogate! My pregnancy was easy, my couple was super nice, Steven and his team made me feel special every time I talked to them. I’m pregnant again for another couple, and I can’t wait to see the look in their eyes when I give them their baby!”

Megan(delivered 10/07, 11/10)
“Our daughter is our life, and if it wasn’t for everyone at SMI this would never have been possible. They were with us the whole way, and even helped us get her British passport after she was born. We will be forever in your debt.”

–Bill and Louis, EdinburghScotland (daughter, 5/06)
“We are so thankful that we selected Helen. She was absolutely wonderful throughout her pregnancy, and she was a perfect surrogate.” 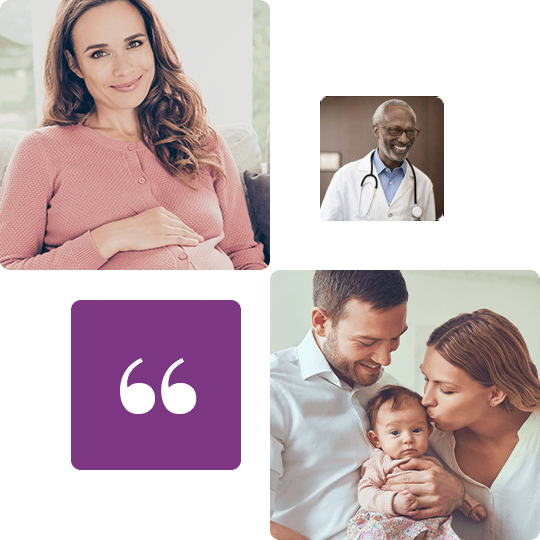 Surrogacy
How it works

Discover the possibility of having your own child with the
help of Surrogate Mothers, Inc., one of the world’s most
reputable and trusted full-service surrogacy programs.

Or, if you prefer to email us, our email is
[email protected]

Or, if you prefer to email us, our email is
[email protected] 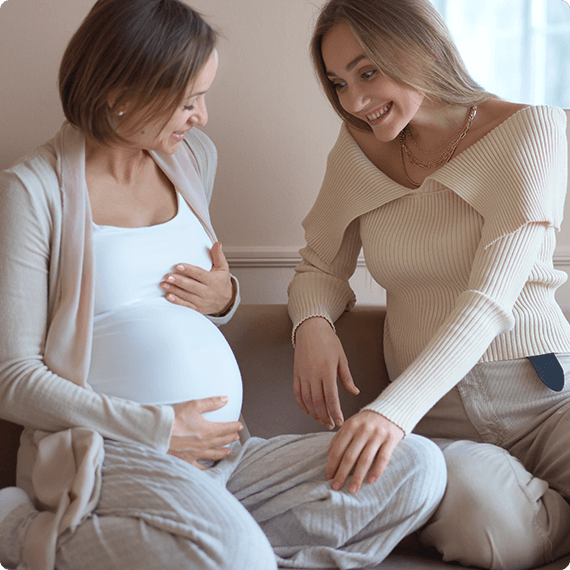 Regardless of why you can’t have a child on your own, we can help! You can choose a surrogate to be artificially inseminated with the man’s sperm, you can choose a surrogate who will carry your genetic child, you can combine the man’s sperm with donor eggs or if you’re a single woman you can even use your eggs with donor sperm or donor eggs as well.

Understanding The Difference Between A Gestational Carrier And A Traditional Surrogate

Once you have decided to pursue surrogacy to conceive a child, you’ll need to choose which type of surrogacy is best suited for you — gestational or traditional.

Gestational Surrogacy has sometimes been referred to as “A Womb for Rent,”which essentially means you and your significant other would use another woman’s uterus (womb) to carry a child that is biologically yours.

This can be achieved through a process called In vitro fertilization/Embryo Transfer. IVF/ET is a medical procedure that involves retrieving an egg (or eggs) from the female and fertilizing them in a lab with her partner’s sperm.

The fertilized embryos are then placed into the uterus of the gestational carrier/surrogate. If the transfer results in pregnancy, the gestational surrogate will carry and deliver the child, and the husband’s and wife’s names go on the original birth certificate, with no adoption necessary.

Gestational Surrogacy Is A Good Option For An Intended Mother Who: 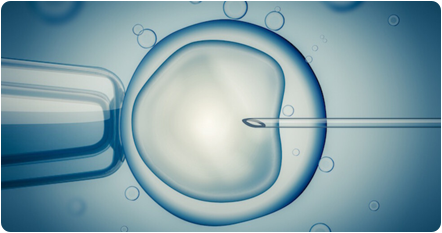 In vitro fertilization/Egg Donor (IVF/ED) is a procedure where the surrogate still is not biologically related to the child she carries, but in this case, neither is the wife of the couple. The couple has the comfort of knowing that the surrogate has no parental rights over the child since she is not biologically related to it, and by using an egg donor, the couple can focus on certain genetic traits they may find desirable. 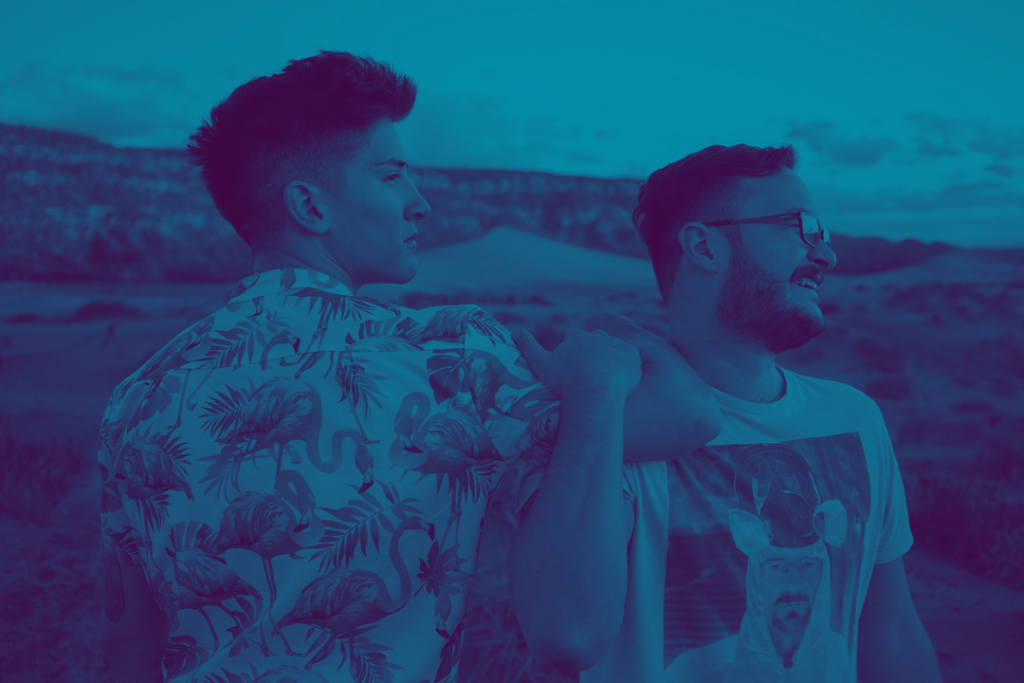 In traditional surrogacy, the surrogate is artificially inseminated with the sperm of the intended father. The insemination procedure can be conducted at home using an insemination kit, or can be performed by a fertility clinic. The surrogate agrees to carry the child to term, but gives up all parental rights to the biological father and his partner. The non-biological partner then adopts the child via a step-parent adoption, and a new birth certificate listing both partners is created.

Male same-sex couples frequently choose surrogacy through an egg donor as well, so one of the male partners (or even both) can be the biological father of the child. In this case, the donor’s eggs are combined with the sperm of the intended father(s), and the resulting embryos are transferred to a surrogate. Single men can also use an egg donor to become a father.

When Both Intended Parents Are Infertile: Using Both Donor Eggs And Donor Sperm

In situations where both the man and the woman in a couple are infertile but still want to achieve pregnancy, donor sperm and eggs can be used together. Infertile couples may also want to consider IVF programs that offer unused embryos donated by patients who were done building their family.

This form of surrogacy is a complex decision because using donated sperm, eggs, or embryos means the child will not be genetically related to either parent. At SMI, we can help connect you to trained counselors or mental health professionals familiar with the issue who can provide counsel as you weigh this decision.

The idea of surrogacy can seem overwhelming, exciting, and frightening – all at the same time.

If you are considering surrogacy for your family, it’s important to not only be aware and educated, but also to have the support of an experienced program–with over 30 YEARS of helping families from across the world!

At Surrogate Mothers, Inc., we have an intimate understanding of the surrogacy process. We can help you determine whether surrogacy is right for your family and guide you through the process step-by-step.

What types of women become surrogates?
In SMI’s program, a surrogate must: The typical surrogate is 28, married, employed, and solidly middle class.

The single characteristic describing all of our surrogates is altruism.

The women in our program are generous, caring, healthy women. They become surrogates to help people have families. Unlike other programs which look for poor women (based on the mistaken belief that a poor woman is less likely to keep the child), our surrogates are never motivated by financial need. Their fee, which generally is around $20,000-$30,000 is a factor, but never the main reason for their participation.
What do couples look for in a surrogate?

Couples base their decision on many factors. Some couples select a woman because of her location or physical similarity. Others want a surrogate who is intelligent.  And, just to be clear, although SMI’s site may refer to “couple,” we are happy to work with single men and women, and we are the only program in the world that has never discriminated against clients based on marital status, race, sexual orientation, or gender identity.

All couples look for a woman who:

Is the surrogate screened?

Absolutely. The surrogates go through a variety of different screening processes:

Approximately 1% – 2% of all women who initially contact SMI actually end up being accepted into our program.

What happens if the surrogate refuses to give up the child?

Of the 10,000 or so births to surrogates in the country, a woman has refused to relinquish the child less than 1% of the time.

SMI has never had a case of failed surrogacy.

In every case where a surrogate has refused to give up a child, either she was not screened at all, or the couple was not made aware of the psychological findings. When surrogacy is done right, it works, and

What are the success rates?

“Success” should only mean one thing: the percentage of couples/individuals who actually end up with a child.

In the AI program, your success rate depends on the male’s sperm count and the surrogate’s ability to conceive.

85% of all of SMI’s clients in the AI program end up with a child.

On average, it takes our surrogates three cycles to conceive. Some take longer. Many get pregnant on the first try.

In the IVF/ET program, the success rates depend primarily on the age of the egg donor. Generally, success rates where the donor is less than 30 are quite good, although success rates vary depending on which clinic you use.

Will the couple and the surrogate meet?

SMI encourages “open surrogacy,” so in our program the answer is “Absolutely!”

The reason for this is simple: because our surrogates are not doing this for the money, they want (and have every right) to know the types of people for whom they are carrying a child.

Meeting the surrogate allows both sides to make sure that the arrangement will work. Most of our couples stay in contact with their surrogate frequently during the pregnancy.

Even after the birth, many couples still stay in touch with their surrogates (Christmas cards, birthday cards, etc.), although for most couples and surrogates the relationship ends after the baby is born.

Ready to take the next step?